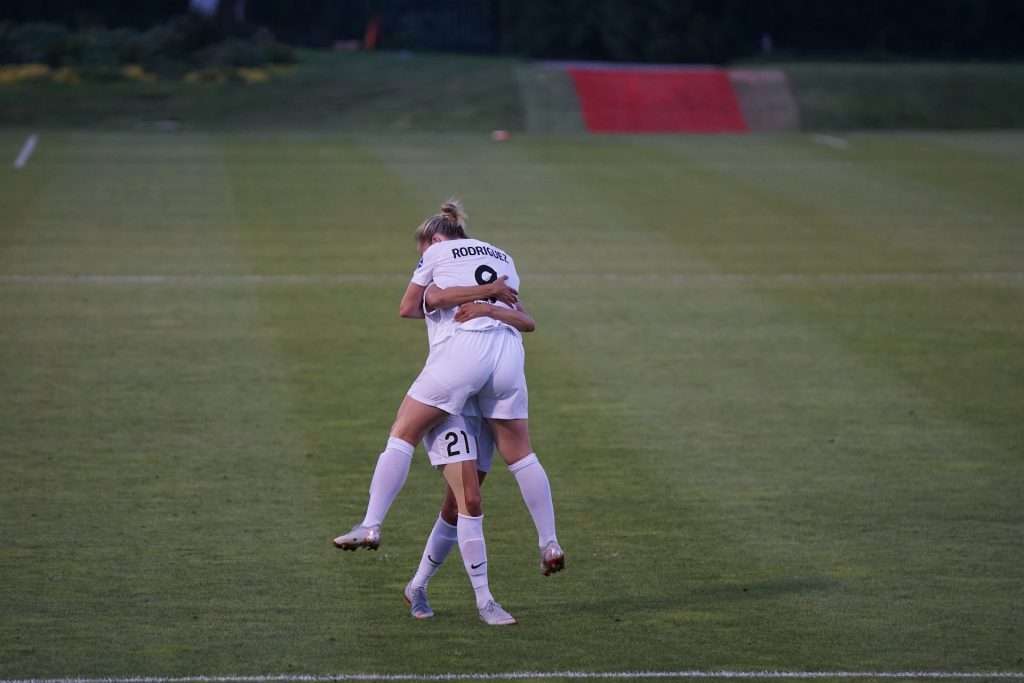 On Sunday 31st July, 17.4 million people watched from the edges of their sofas as the England women’s football team did what the men’s team had failed to do for over fifty years: they brought it home [1]. The viewing figures for the final against Germany broke 2022 records, becoming the most watched programme of the year, as well as the most watched women’s match ever [2]. This season the Lionesses have inspired girls up and down the country to take up football, and they have put women’s football on the map forever. But this is only the beginning: women have faced huge misogyny and discrimination in the game, from being banned from playing by the FA for fifty years, to facing pay discrepancies, to the lack of football being taught to girls at school. Will the success of the Lionesses finally bring about the change in football women have been awaiting for half a century? We desperately hope so, but a huge amount needs changing to bring women’s football up to the same level of pay, support, popularity and sponsorships as men’s football.

From the get go, women in football haven’t been supported. In 1921, after complaints from men in the industry, the FA essentially banned women from playing at affiliated grounds, games and leagues [3]. The FA’s Consultative Committee ruling stated that football was “quite unsuitable for females and should not be encouraged,”; complaints were also made about the conditions the women were playing in, and the donations they were accepting [4]. For these reasons, the Committee concluded that “the Clubs belonging to the Association refuse the use of their grounds for such matches,” i.e. matches played by women [5]. This sexist ruling took fifty years – yes, you read that correctly – fifty years to overturn, eventually being lifted in 1971, but the damage to football for women was already done [6]. Women would spend the next fifty years trying to undo the misogyny in the game they love.

Sexism in the Game Today

The year may be 2022, but women in football still do not receive anywhere near the same level of support as men in football; women’s matches are not given the same prime TV spots, the same high-paying sponsorships or salaries, or the same respect that men’s football matches receive. Football salaries are notoriously high for footballers at a high-level, but comparing the salaries, for example, of the captains of both the men’s and women’s teams highlights just how sexist the sport is. According to the BBC, Harry Kane “earns the same amount of money [Leah] Williamson earns in a year in just one week.”[7] That is just staggering and heart-breaking. Many will argue that Kane’s colossal salary is because of how the popularity of men’s football is higher than that of women’s, due to high watching figures and fan turnout. But surely this stems from the fact that women, for so long, were barred from playing in official matches so are fifty years behind men in building up momentum, loyalty and popularity from the British public?

TV deals are also a huge part of the success of football; the BBC also reported that “the Premier League attracts an estimated £10bn,” from TV earnings, “in comparison [to] the Women’s Super League [who are ] currently part way through a UK TV deal worth just £8m a year.”[8] Men’s football is only commercially worth more because of the misogyny thrown at women in football – imagine where women’s football would be without the fifty year ban, and without the negative gender stereotypes kicked around the sport.

The sexism faced by female footballers doesn’t stop at salaries and TV deals; the amount of misogynistic language used towards women in football is disgusting. In research conducted by ARD and NDR, German broadcasters, and Süddeutsche Zeitung, a German newspaper, in the 300 offensive social media posts identified by UEFA, “20% were classified as sexist.”[9] These are abusive messages that the men’s team do not have to face.

Something we here at not only pink and blue identify as being part of the sexism faced by female footballers, is the direct result of gender stereotypes, particularly if you consider expectation in women’s football. Women in football are not expected to have the same success as men in football – take the recent Euros final for example. When the England men’s team were in the Euros final last year, the UK was decked out in Union Jack bunting, every pub was showing the game, and the Prime Minister even floated the idea of giving us a bank holiday if they won. Where was this excitement, support and expectation for the women’s final? What do these inconsistencies say to young girls wanting to play football as a career? The gender stereotypes that govern how our society functions also expect women to play football a certain way. If a female footballer goes for a slightly dirty tackle, or takes their top off after a goal score, they are immediately told how ‘unladylike’ and ‘undignified’ they are – men are treated the complete opposite if they do either of these things. The double standards are endless in English football and we can only hope that the success of the Lionesses this season will kick start the much needed change in the sport. 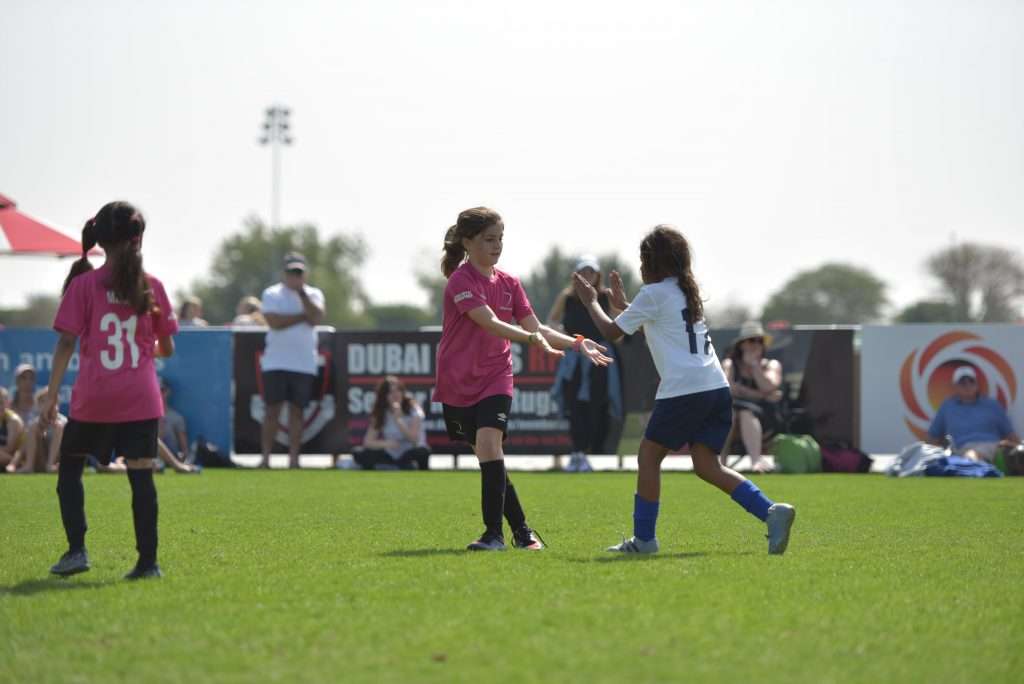 The women in the current English team are building on a long legacy of female footballers – they wouldn’t be here, winning, today without the women before them who overcame the constant barriers. Take Sheila Parker, the first captain of the official England national women’s team, appointed in 1972. The 24-year-old defender took England to victory in its first ever home international championships [10].

In more recent years, Fara Williams MBE became an inspiration to all young female footballers, donning her England football shirt and playing her first international game at just 17. Williams became England’s most capped player of all time – not female player, just player – and represented Team GB in the Olympics and at three World Cups [11].

Arguably one of the most famous female footballers of a generation, Alex Scott MBE, has risen in fame for not only her incredible moves on the pitch, but also her advocacy for women in football, and sport in general. Scott is one only of four players to have worn the England short 140 times or more, and has made history by becoming the first female pundit to appear regularly on Sky Sports [12]. The female footballers of the past have paved the way for the Lionesses today; their legacy must never be forgotten.

Girls in Football – School and Beyond

It’s a fact that fewer girls participate in football at school age than boys; this is a fact that women in football, supported by the FA, are trying to change. The FA recently released their four-year Inspiring Positive Change strategy, laying out their aims to “ensure every primary school-aged girl has the same access to football as boys at school and in clubs by 2024.”[13] The pledge was made after the association reported that this year “63% of schools in England offer girls’ football in PE lessons and fewer than that – 40% – offer girls regular after-school football.”[14] Football in the playground is also a battle ground for girls; often girls are excluded by boys, and if they are allowed to join in, boys often won’t pass them the ball. Caroline Criado Perez, author of Invisible Women, interviewed two young girls on her podcast, who explained that boys would make it hard for girls to join in the game: “Normally the only way for them to pass is if you score like three goals, which is hard to do when they make you go in goal.” [15]

At primary school level, 72% of schools offer girls’ football, compared to 44% at secondary level [16]. This is shocking, and it was about time the FA tried to do something about this and raise awareness of this issue. Last week, in a letter to the two Prime Minister hopefuls, Rishi Sunak and Liz Truss, the Lionesses urged the future leader to ensure that all girls are able to play football in school [17]. The letter was prompted by the Department of Education’s failure to change the guidance in schools to secure the future of girls’ football. The Lionesses are still awaiting a response from both candidates, a terrifying reminder of how the future of girls’ football potentially lies in the hands of two people who don’t seem to be at all interested or concerned.

Another issue that young girls face in football is the notion of ‘pay to play’. It’s been reported that “parents of girls may have to pay for their daughters to get access to play at Premier League football clubs while boys train with the club’s academies for free.”[18] Astonishment doesn’t cover the breadth and depth of this issue. The crystal-clear misogyny in children’s football is astounding, and the fact that it continues, despite its exposure in the news, is frankly sickening.

Is Anyone Else Trying to Help the Cause?

You may be wondering if anyone but the FA and the Lionesses are trying to change the narrative surrounding women in football, and thankfully there are others. Recently, car company Volkswagen released a campaign with the hashtag #notwomensfootball. The campaign is built upon the premise that the term ‘women’s football’ is misogynistic in itself. The press release explains that “adding ‘women’s’ gives the impression that this is not ‘real’ football – while men’s teams simply play ‘football’, without any additional specifications. This represents a linguistic intensification of perceived preconceptions.” [19] Yet again, gender stereotypes worm their way into sport, creating this false notion that only men play ‘real football’. The campaign led to #notwomensfootball being plastered around the Euros stadiums during matches, enlightening audiences in the stalls and at home of the misogyny that continues to govern football today.

Commentator Gabby Logan sums up this momentous historical moment perfectly: “The Lionesses have brought football home. Now it’s down to the rest of us to make sure it stays here. You think it’s all over? It’s only just begun.”[20] We couldn’t agree more and it’s our hope that the Lionesses’ victory at the Euros will bring about lasting change for women and girls in football.