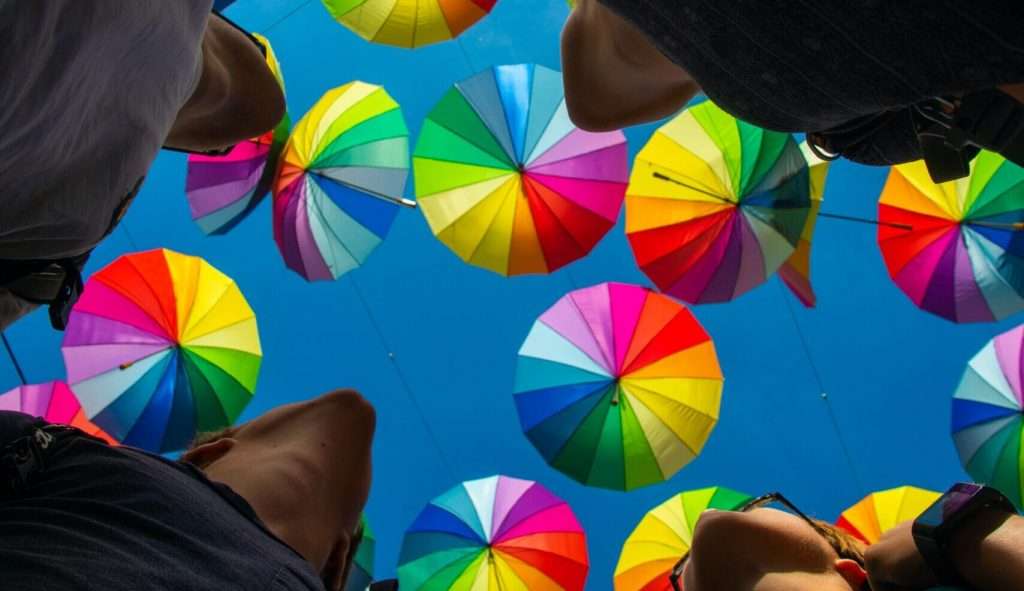 Stereotyping in adverts is harmful for all

The ASA and CAP have banned stereotyping in ads*. Brands cannot for example, show a family scene with everyone else creating the mess where the woman has sole responsibility for tidying up. They also cannot create an ‘ad that suggests an activity is inappropriate for a girl because it is stereotypically associated with boys or vice versa.’ And we know they are taking it seriously with the recent ban of two adverts that show stereotypical roles (mum with baby, man going into space – VW, Dads forgetting children as they eat creamy cheese spread – Philadelphia).

At best these stereotypes are lazy, at worst they are damaging.

This is good news. The ban, not the adverts themselves. At best these stereotypes are lazy, at worst they are damaging. But its not just about men and women. For a long time we have seen clear gender stereotyping in kids advertising. Spend any time in front of the television on a childrens’ channel and you will see hair, princesses, sparkles, crafts for girls, all with a lovely pink background; cars, superheroes, guns, outdoor activities for boys, all with a dark or blue background. We know that colours create a code that socialise children into identifying which ‘tribe’ they are in, the tribe is then associated with activities/clothes/toys and therefore what they are ‘allowed’ to do/wear/play with. So it is easy to see that the colours alone can contribute to them conforming to a stereotype**.

There is also the simple case of ‘it’s very hard to be what you cannot see’. If in these adverts you only ever see girls or boys doing something that you are interested in (and you happen not to be the ‘right’ tribe) then surely you are going to question whether that really is for you after all. It takes a strong child to go against the permissions that society is giving them.

As Sam Smethers, CEO of Fawcett Society said “Gender stereotypes hold us all back. We have boys who cannot express their emotions, become aggressive, under-achieve at school and go on to be part of a culture of toxic masculinity which normalises violence. We have girls who have low self-esteem and issues with their body image, with one in five 14 year old girls self-harming. We have a heavily segregated labour market where just 8% of STEM apprentices are women. Gender stereotyping is at the root of all of this. We have to grasp the challenge to change it.”

And to help challenge these stereotypes we need to talk to our children about them. Evidence where it is wrong, that being a girl or boy doesn’t mean you can only play with certain toys. To help us do this we need to see a material difference in advertising to children. We know how hard it is for industries to change their ‘norms’ and their long held beliefs of what ‘works’ and ‘doesn’t work’, especially if they are hitting sales targets. But we have to encourage them to think bigger, better and for the long term. Just as the understanding of the dangers of junk food advertising to children has resulted in a ban, very clear stereotypes in children’s advertising should be setting alarm bells ringing as well. So the ASA taking a firm stance on the recent adverts is a positive – the message has been sent, stop being lazy, be more creative and take the opportunity to make the difference in removing stereotypes – AKA limitations – for children.

The tide is turning.

There are however, glimmers of light – the recent Hasbro ad from Brazil shows boys playing with dolls – yes, actual boys playing with dolls. And yes this was a major step forward! It’s shocking that this is a revolution in toy advertising, but it is rarely seen. Unfortunately boys playing with dolls is often seen negatively by adults (even parents) who (unconsciously?) police what children play with. Despite parents saying they want to bring up caring boys and want them to be loving fathers, friends, partners and siblings there is a real stigma around boys playing with dolls and push chairs – just spend a little bit of time at any community centre, stay and play or play cafe and you will hear boys being told those are ‘girl’ toys. Unfortunately adults are not immune to the socialisation, even those of us who are very aware of stereotyping. A BBC experiment*** that dressed baby boys ‘as girls’ and baby girls ‘as boys’ shows adults giving babies different toys depending on what are dressed as despite not being that sex at all – a worrying reminder to us all that we all succumb to unconscious bias, even those who think of us who think we don’t. And this unconscious bias can change the language we use, the toys we provide and the clothes we give to our children. We need to be aware and work to change this but advertising also has a responsibility to help negate this bias not compound it and the more advertising challenges bias the more chance we have of making that change.

6 in 10 parents are worried about gender stereotypes

Parents are more and more aware of the effect of stereotypes on our children. A recent Fawcett Society report showed that 6 in 10 parents are worried about the gender stereotypes in childrens’ marketing. If the manufacturers, brands and advertising agencies should listen to anyone perhaps they should listen to those parents. After all, these are their consumers. One thing that advertising is very good at it is helping to change the narrative. Creative agencies and brands produce better creative when they don’t use lazy stereotypes.

Surely creating a world where children can truly be themselves and are given the opportunity to choose rather than conform to stereotypes is a better world for us all. And who wouldn’t want to contribute to that?

The GEC has created a handy guide to the ASA regulations here – https://thegec.org/how-to-do-gender-equal-marketing