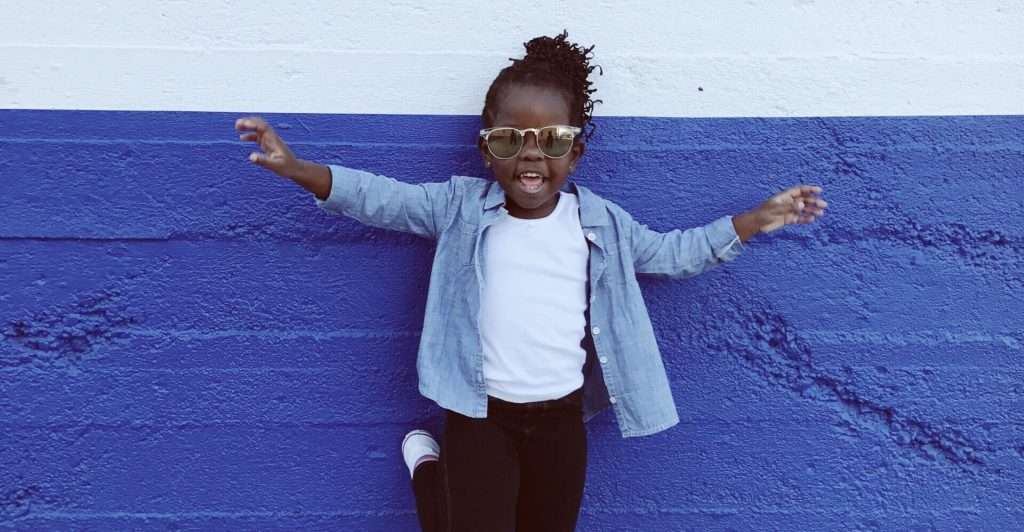 Boys in dresses and girls in blue

The world of baby clothes wasn’t always only pink and blue, in fact it used to be a world of dresses for both sexes until the turn of the century. There is a great image of F. D. Roosevelt at 2 1/2 in a dress with long hair.

In 1884 boys and girls wore white dresses until they were around 6. It was practical with easy access to nappies and white could be bleached.*

The world changed and, believe it or not, blue became a colour for girls and pink for boys. The view in 1918 was summed up in Ladies Home Journal

There has been a great diversity of opinion on the subject, but the generally accepted rule is pink for the boy and blue for the girl. The reason is that pink being a more decided and stronger color is more suitable for the boy, while blue, which is more delicate and dainty, is prettier for the girl.

The language around the genders is something we would recognise today but now colour bias is the other way round now.

It was in the 1940’s that pink became established as the colour for girls and blue for boys. And with the rise of marketing, this stuck and became the norm.

So if it’s changed so often what does it matter? Won’t it just change again at some point anyway? 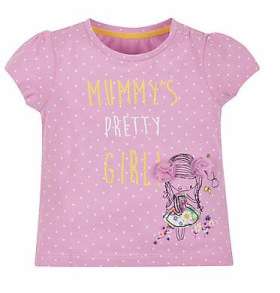 It’s not the colours themselves that are the problem. It’s the associations that come with the clothes and the colours. In 1918 the colours were the other way round but the descriptions haven’t changed. Girls should be ‘pretty in pink’ boys are ‘boisterous in blue’. The language and slogans that are used on the clothes back up the stereotypes – ‘trouble’ on a boys blue top and ‘mummy’s pretty girl’ on a girl’s pink top. Yes, these exist! Really.

Are these really the values we want our children to grow up with in today’s world? This isn’t harmless fun, we are setting the expectations for our little girls and boys from such a young age. It might start with clothes but the words we use – baby girls are regularly referred to as ‘pretty’ and boys as ‘big’ or ‘strong’ – back up these expectations. We are telling our babies what is expected of them by society and how they should behave in the world. They understand language from a very young age and we are narrowing their world, their vocabulary about themselves and ultimately their ambitions.

This is conditioning, this is not nature, it is nurture and babies do not have colour preference – it is learned. Let’s make sure they learn their value in this world too.

Any child, any gender, can be pretty or boisterous especially in fun and colourful clothing.

*For more information on Roosevelt and the gender of clothing follow this link: http://www.smithsonianmag.com/arts-culture/when-did-girls-start-wearing-pink-1370097/