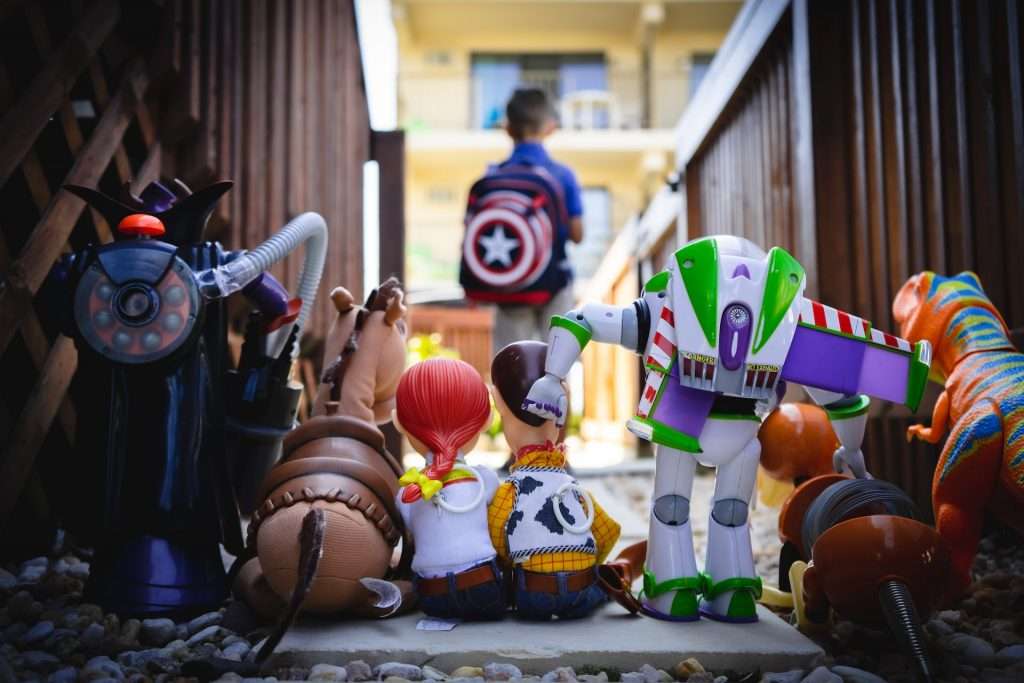 News flash: toys are for all children - so why do boys continue to restrict what they play with?

The toy manufacturing giant, LEGO, recently conducted a study which revealed that 71% of boys surveyed, feared that they would be the victims of playground bullying if they played with what they deemed to be “girls” toys [1]. The research further found that girls had started to be more confident in playing with toys that were deemed ‘masculine’ or ‘for boys’, but that boys had not started to change their relationship with toys that are deemed ‘feminine’ or ‘for girls’ [2]. We found these statistics really interesting, although truly heartbreaking, so decided to dig deeper into the issue.

Contrary to popular belief, toy preferences in children are not innate; girls are not born wanting to play with dolls, just as boys are not born wanting to play with cars or trains. To prove this, New York University and Arizona State University joined forces to conduct a study, featuring 100 two-year-old children, to see how children innately react to toys. The results were clear: “They found that one-third of the time, boys chose ‘girls toys’ more often than girls did. Conversely, ‘boys toys’ were picked by girls more than by boys.”[3] This is fascinating, for it shows just how wrong society is about children’s toy preferences. Unfortunately, the older children become, the more likely it is for them to choose a toy deemed ‘suitable’ for their gender, because of issues like bullying, or parental and societal pressure. In fact stereotyped toys are pushed onto boys and girls, so much so that they themselves believe that they can only play with toys ‘suitable’ for their gender.

How do parents and adults affect the choices children make?

To give the short answer – hugely. Children are constantly mimicking the actions and ingraining the opinions of the adults that raise them; if this means that their parent or guardian believes that boys should only play with ‘masculine’ toys, then that’s what that child will ultimately believe too. In fact, the LEGO study found that “parents are more worried that their sons will be teased than their daughters for playing with toys associated with the other gender.”[4] Imagine the generational anxiety that gets passed down to children, who inherit their parents’ worry about being bullied for not following gender norms. This is detrimental to every child’s development, self-esteem and ambitions.

Marketing research company YouGov, conducted an eye-opening survey to truly see how the prejudices and opinions of parents and other adults affect how children play and associate with particular toys. When posed with the question, “how comfortable, if at all, would you feel buying a FEMALE child in your family a gift that’s commonly aimed towards boys?” 42% of people interviewed said they would be comfortable in buying a girl a toy aimed at boys [5]. By contrast, when posed with the same question, but in reference to buying a boy a toy usually aimed at girls, only 31% were comfortable [6]. Most notably, 49% of men said they would be uncomfortable at buying a ‘girls’ toy for a boy [7]. What strikes me most here is the perpetuation of toxic masculinity of men onto young boys: again the inheritance of generational gender stereotypes leaves boys at a huge detriment. It leaves girls, as shown by the LEGO study, being suddenly given more toy options, while boys remain restricted to toys that do not promote their fine motor skills or emotional development.

A 2012 study conducted by Dr Carol J Auster concluded that “this tendency of girls more so than boys to engage in this gender crossing may be due to the fact that boys’ parents tend to discourage their sons from engaging in most feminine activities and  encourage them to engage in the more narrow range of activities associated with traditional masculinity.”[8] Yet again, adults have begun to allow girls more freedom of toy choice, but boys are not awarded the same luxury. Boys are restricted by their parents or guardians’ prejudices, and thus have little room to play in a way that comes naturally to them. 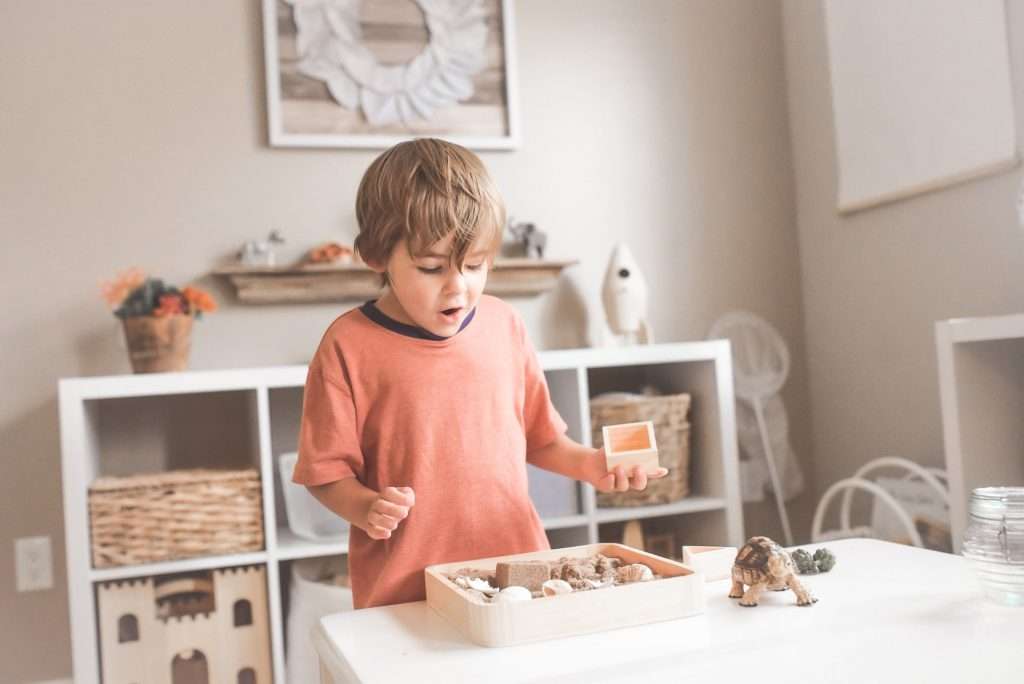 But don’t boys have a testosterone boost that makes them like ‘masculine’ toys?

There’s a myth that we can’t seem to shake concerning testosterone boosts in boys around the age of four. This myth has been perpetuated since around 2003 when psychologist Steven Biddulph made the unfounded claim that the testosterone levels of boys “double” at the age of four [9]. This claim entered public consciousness, so much so that parents and teachers alike have used it to explain gender differences in four and five year olds, in terms of aggression and physical play. Naima Browne, author of Gender Equity in the Early Years, concluded that “it has not been possible to find any research evidence to support the claim that boys experience a testosterone surge at the age of four.”[10]  There is evidence, however, of boys having testosterone boosts in the first 24 hours of life, and then at around the age of ten when puberty can begin, but not in between. Thus, young boys do not have a hormone surge that makes them suddenly want to play fight, or play with cars and dragons: this is all society’s doing. We need to be cautious in associating aggression in young boys with hormones, as it suggests that it’s normal and part of the old-fashioned mantra ‘boys will be boys’. It’s also important to keep ‘masculine’ and ‘testosterone’ separate in this discussion as they are not the same things: women have testosterone too and masculinity doesn’t necessarily have a direct correlation with hormone levels.

So, if boys don’t have a testosterone surge at the age of four, why do young boys only reach for ‘boys’ toys?

The answer again is simple: societal pressure. Whether this comes from adults, as we discussed above, or general society, the pressure surrounds young boys. However, it’s the playground policing that starts to change the way boys reach for toys. It’s no coincidence that the age at which people blame hormone spikes on rough or gender-stereotyped play corresponds with the age children start going to school. Classroom bullying is a huge factor in gendered play – anything that makes you ‘fit in’ is actively taken up by children at school.

In a study of American preschoolers (around 3-5 years old) parents were asked what their children had received for Christmas – some of these gifts were requested from the kids and some were surprises. Interestingly, “the toys the kids requested for themselves were more likely to be gender-stereotyped,” and unsurprisingly, “it was mostly the boys who were requesting gender-stereotyped toys.”[11] It is evident that school-aged boys are already policing themselves in what they can and can’t play with, because of their acute awareness of the judgement and opinions of their peers. According to E.W. Kane, “some researchers have suggested that boys show a stronger sex bias than girls do because boys get more criticism for crossing the toy gender line. … Boys may be more strongly stigmatised for playing in gender atypical ways.”[12] The fear of stigmatisation at school, amongst their peers, steers boys towards a certain type of toy and play. Girls do not have this same toy-preference pressure and their peers allow them to play with whatever they please at school.

A preference for gender-typical toys is mainly down to cultural training. Young boys police themselves so they fit into the ‘masculine’ mould that their peers, and sometimes the adults in their lives, would prefer them to adhere to. The fear of being cast out because of gender atypical play is enough for boys to play with what society wants them to play with; it’s truly heartbreaking how young boys are severely aware of what is expected of them by society, so much so that in their relaxation and play time, they are holding back and thinking of the environment around them. I hate to think of what that does to their mental health in the long term, that during the moments when they are supposed to shut off from the world, be themselves and use their imagination, they are instead doing what society pressures them into doing. That’s why at not only pink and blue we think it’s important to challenge societal norms, pressures and gender stereotypes, so that all children can grow up with the freedom to choose their own path. We have tools and resources to help with this – click here to find our resources page, filled with great ways to challenge gender stereotypes.

And sign up for our newsletter to hear about our up and coming online course to help parents/carers challenge gender stereotypes from birth.

Photo 1 by Chris Hardy on Unsplash

Photo 2 by Paige Cody on Unsplash

[8] Carol J Auster, “The Gender Marketing of Toys: An Analysis of Color and Type of Toy on the Disney Store Website,” Sex Roles, 67. Springer Science and Business Media, LLC, 2012: p.377